Editor’s note: Hello, old friend! It’s been awhile since we talked but let’s not dwell on that. To get you up to speed: many things have happened in the past year (oops, or more) — mainly I planned and pulled off a wedding. I’ve also moved out of the hipster home that inspired this blog’s header, changed jobs, and am growing out my hair after consulting with you guys to axe it all off. Whew! But you don’t need to know that to read this post. Proceed… 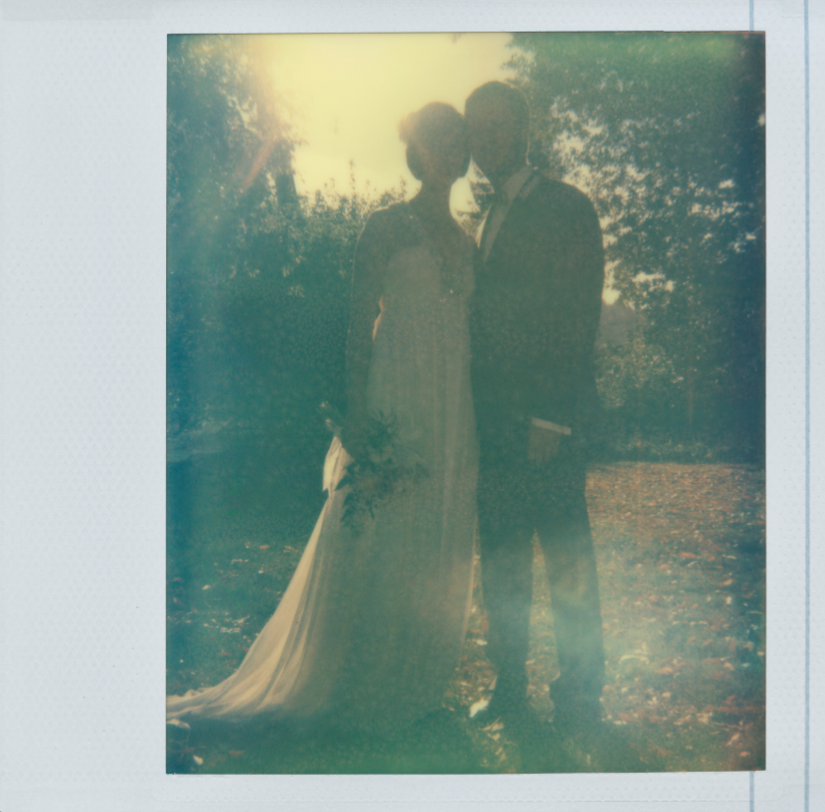 (Polaroid by the inimitable Chloe Aftel)

I’ve never really been sad, at least not immediately, that our wedding was over. Immediately after the fact, it was a mixture of feelings — like being over was the natural state of affairs, that our lives would proceed together, the biggest thing to change being our marital status and increased commitment to each other.

One year later, or nearly, I just cried about our wedding being over. It’s not the parts I would have expected making me sad. It is the fact that all our families (and friends) were together celebrating this thing, in each other’s company, and our new future together. They were there for us. It is a miracle that they were togther, in one place, all these people we care about.

They were there because they care about us too. They care so much that they spent money and effort, traveling hundreds of miles, giving gifts, like their time. That’s the thing that gets me. That they came together for us under one roof, eating the cake we picked for them, dancing and enjoying themselves for us.

There hasn’t been another wedding in my family or his since. Weddings and marriages are a rare feat.

We’ve done a lot in the past year but nothing quite so significant as getting married, which I suppose much of life is. Well, at 28, some good stuff has certainly happened and there will be more but it’ll be different, less about our youth and maybe smaller declarations of love.