Warning: "continue" targeting switch is equivalent to "break". Did you mean to use "continue 2"? in /nfs/c02/h06/mnt/28782/domains/thehipsterho.me/html/wp-content/plugins/wp-markdown/markdownify/markdownify.php on line 299
 Food Archives - Page 2 of 11 - The Hipster Home 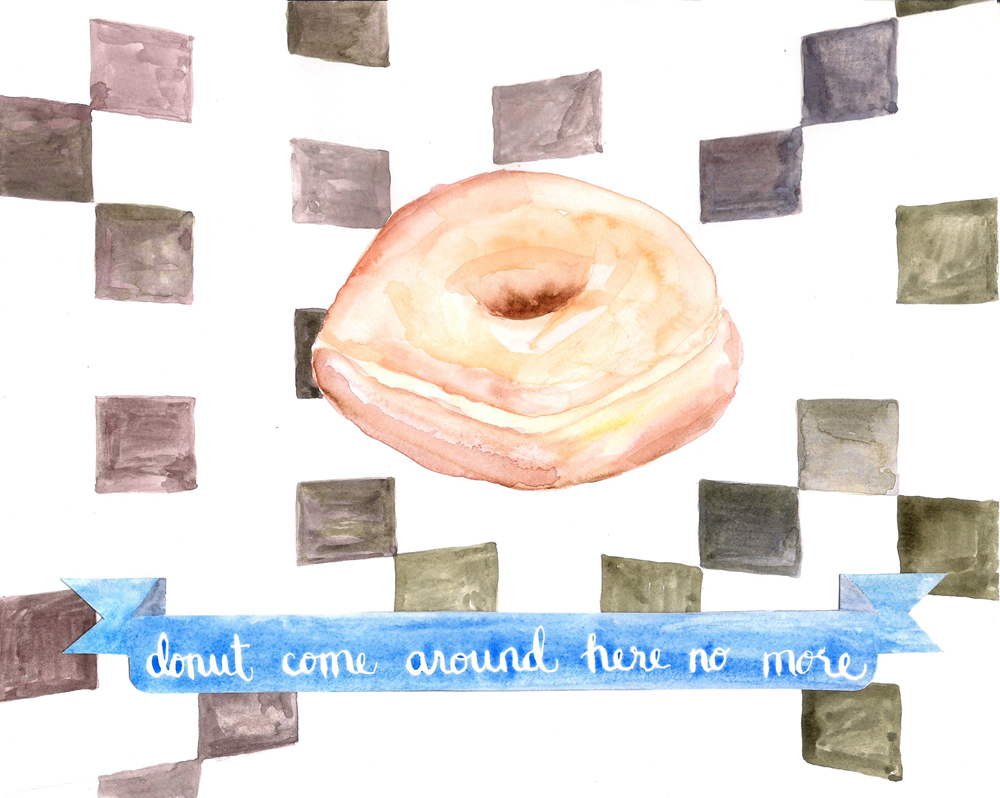 The inspiration, of course, is the very weird Don’t Come Around Here No More music video. That’s one that’ll stick with you.

Order a Donut Come Around Here No More print on Etsy. 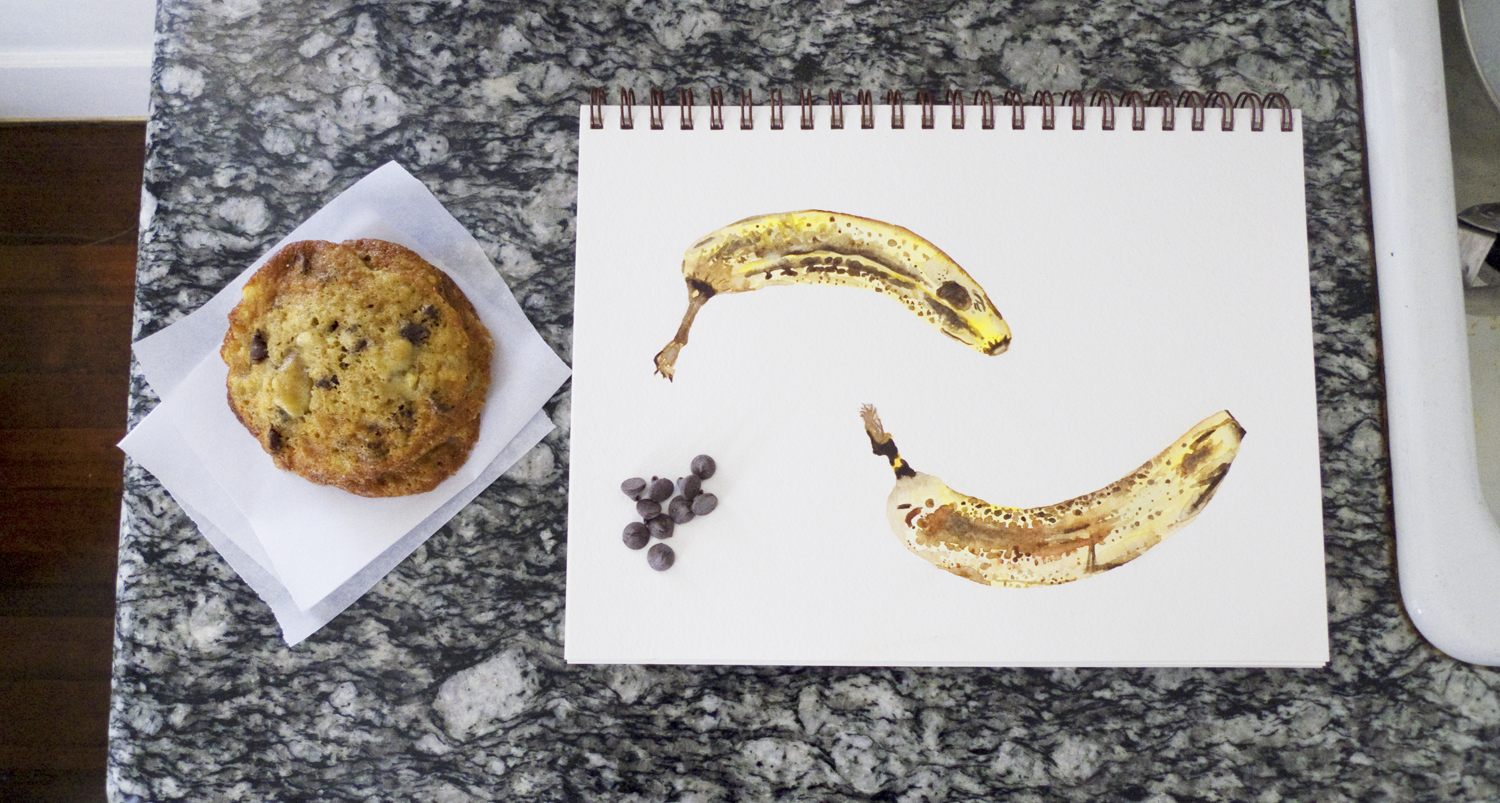 The dishes rest in their rightful locations. Forks, spoons, mixing bowls nestle together, out of sight.

A knife block, an iPad and stand, and a colorful cutting board reside on the kitchen cart. But oh god—look, look at that. It’s a banana. That single, stupid brown spotted banana.

My eyes dart back around the clean kitchen, lured back to the cart. Ugh, still there. What to do? Can you make cookies with bananas?

Done. They were delicious, a delight.

But oh god, all those dirty baking dishes.

(Yes, you see it right. I watercolored the banana. Yep, both sides. So now it will live here forever. FOREVER.) 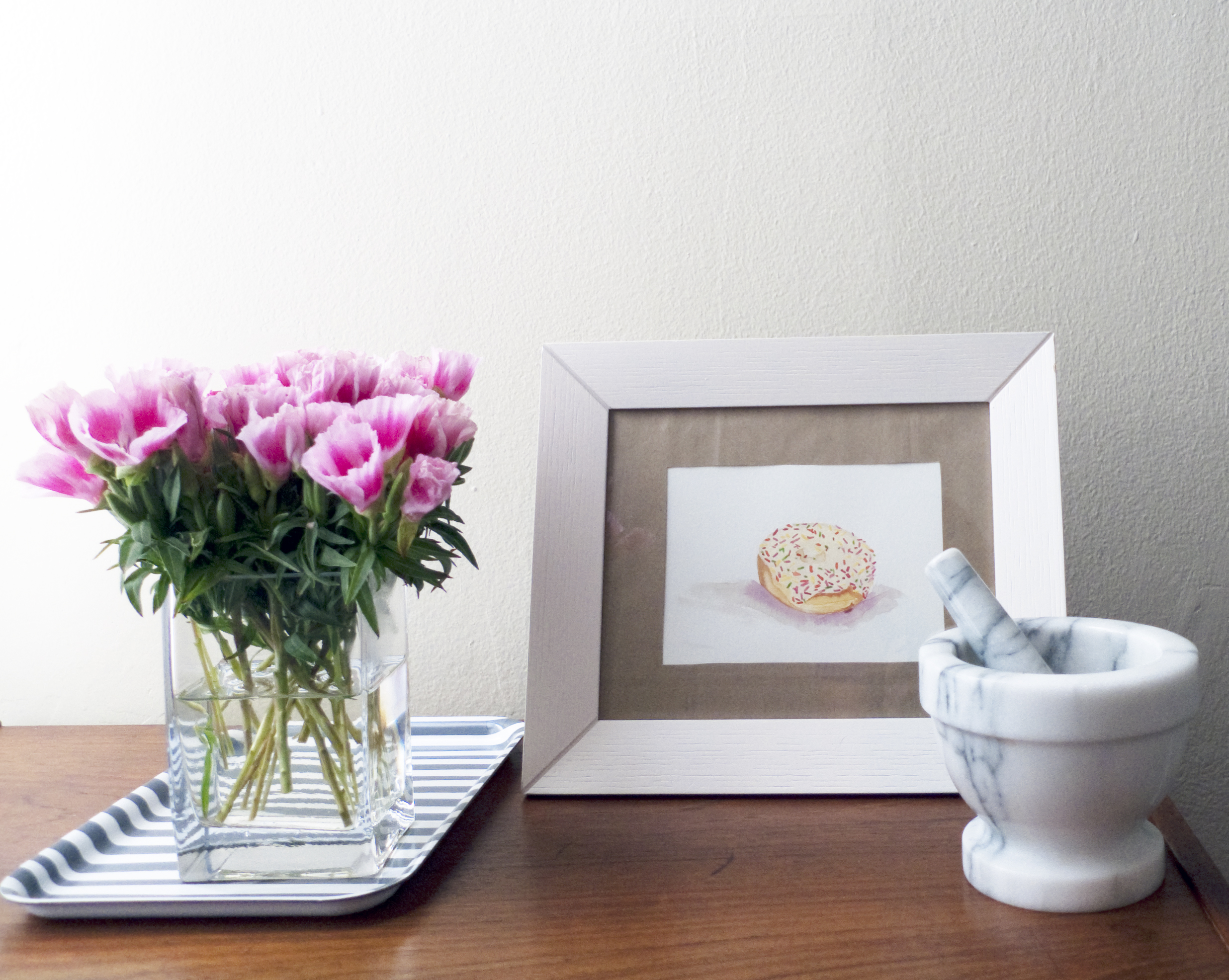 I get quite a response when I Instagram my donut watercolors. I’ve been called “the Rembrandt of fried dough.” And I even made one two for friends already… for money. Yeah, that’s right. I said it. They told me what to make and I DID IT.

Here’s your opportunity. Would you like a donut? My skills are available to you with my new offering: Commission-A-Donut. You tell me what kind of donut watercolor you want and pay me $50. I do it on an 8×8 inch piece of watercolor paper and then mail it off to you.

If this sounds like a good deal, and you really want one for you or your BFF. Please, Commission-A-Donut on my Etsy page.

Thanks for reading. Thanks for sharing. And thanks for seeing and supporting my Great CreativeAdventure. It really means the world to me.

Update: Wow—thanks for the supportive response, team! In the words of that wrinkly green old dude, “Delight… you will be.”

One great thing about my husband is that he knows I love cookbooks. He got me one as a gift for my birthday this year. Hooray! What a sweet man. Except that this isn’t an ordinary cookbook. The book is from 1968 and had an original selling price of 75 cents. CENTS, people. The cookbook is special because it centers around one specific ingredient. And let’s just say it is, in present day terms, unconventional as an added element of any recipe.

Curious? Here’s what the cover says under the title: Kids love them — Adults adore them — and they’re SO easy on the Budget! Here are over 250 new and exciting ways to fix this old-time favorite.

With time on my hands, I decided to surprise him with one recipe prepared from this mystery cookbook book last night. The recipe was selected based on what we had around the house. It is a doozy. Let’s call this dish the Anniversary Surprise.

To start, here are the ingredients: corn, flour, salt, oil, eggs and the mystery ingredient. 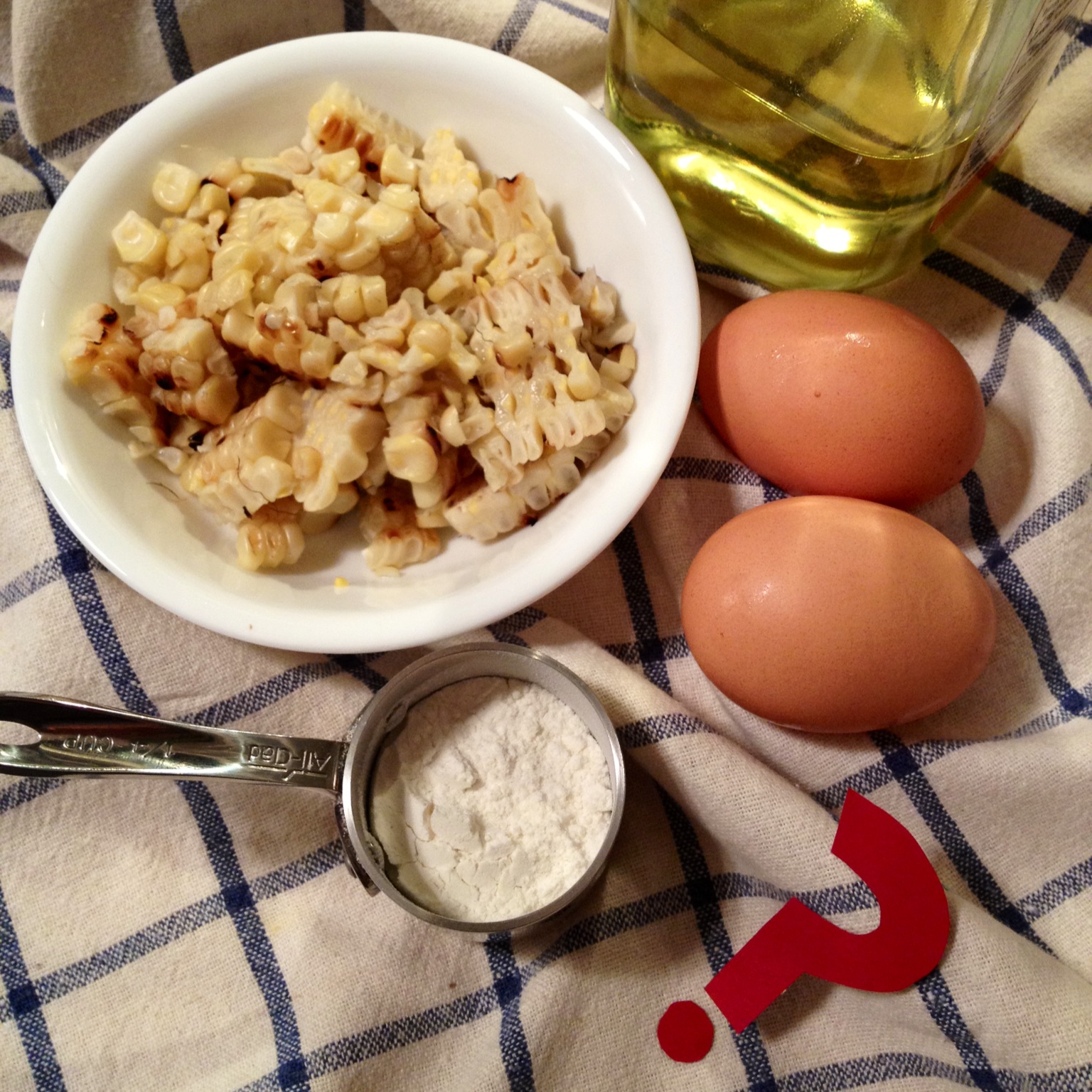 The recipe called for a separating of the eggs… 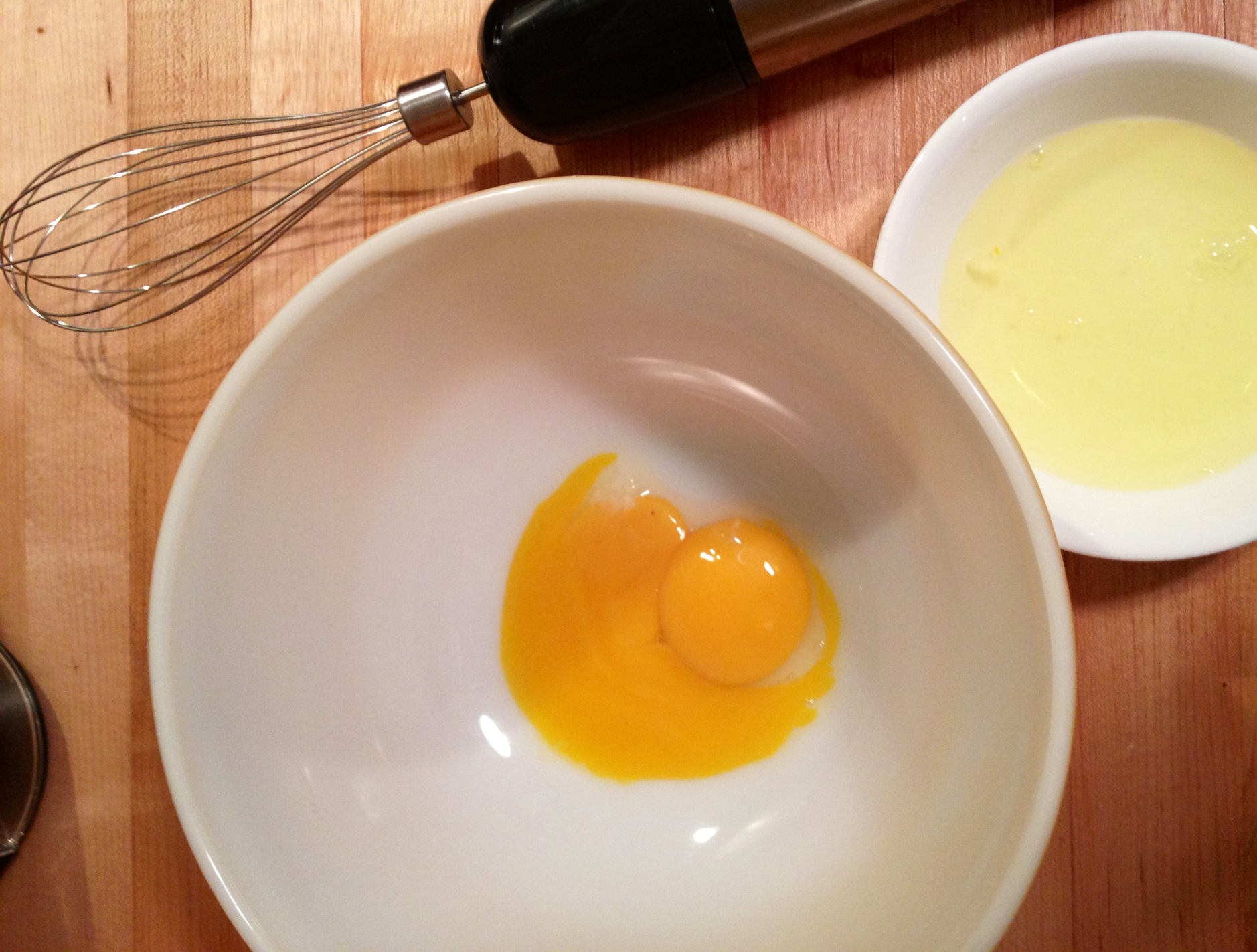 After that, you mix the corn, yolks, mystery ingredient, salt and flour together. The recipe also calls for cooking sherry if you have it, but we did not. Next time!

Last step before cooking! Fold in the egg whites. No pictures here because that would be a total giveaway.

Fry it up! Flip it. Repeat until the batter is gone. 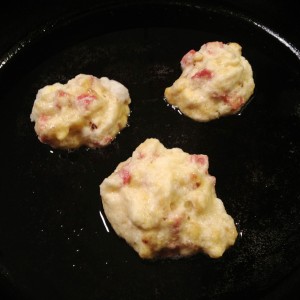 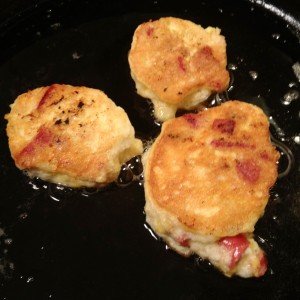 And then you’re done!

So yes, by now perhaps it is obvious that these are corn fritters. But what kind? 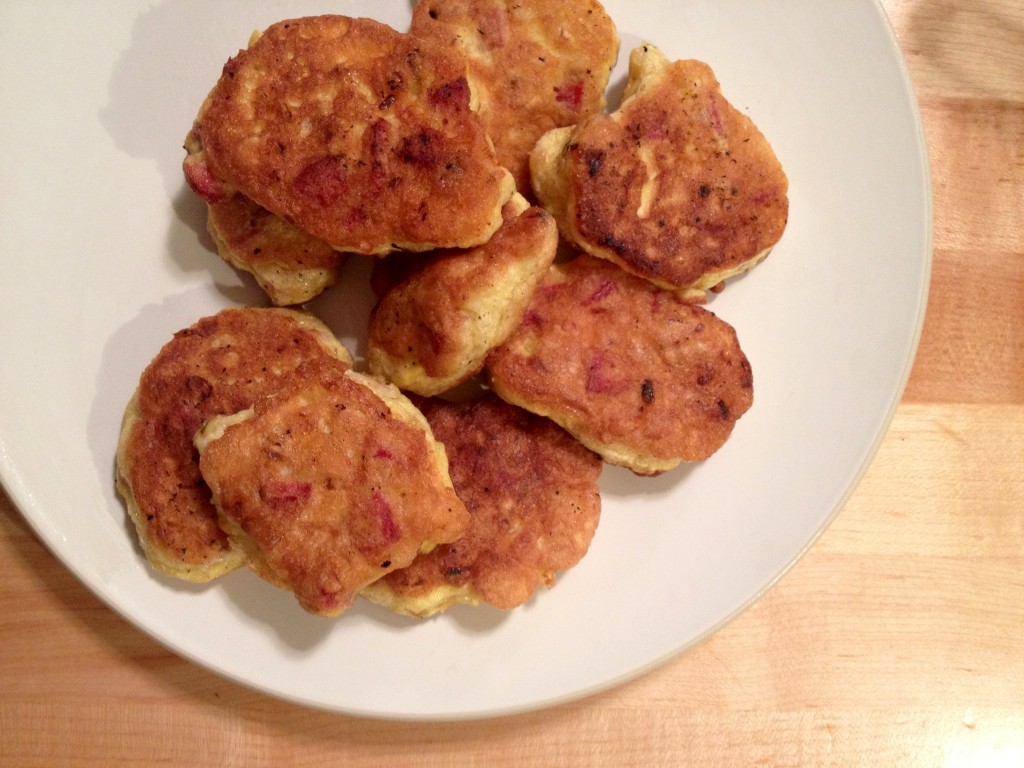 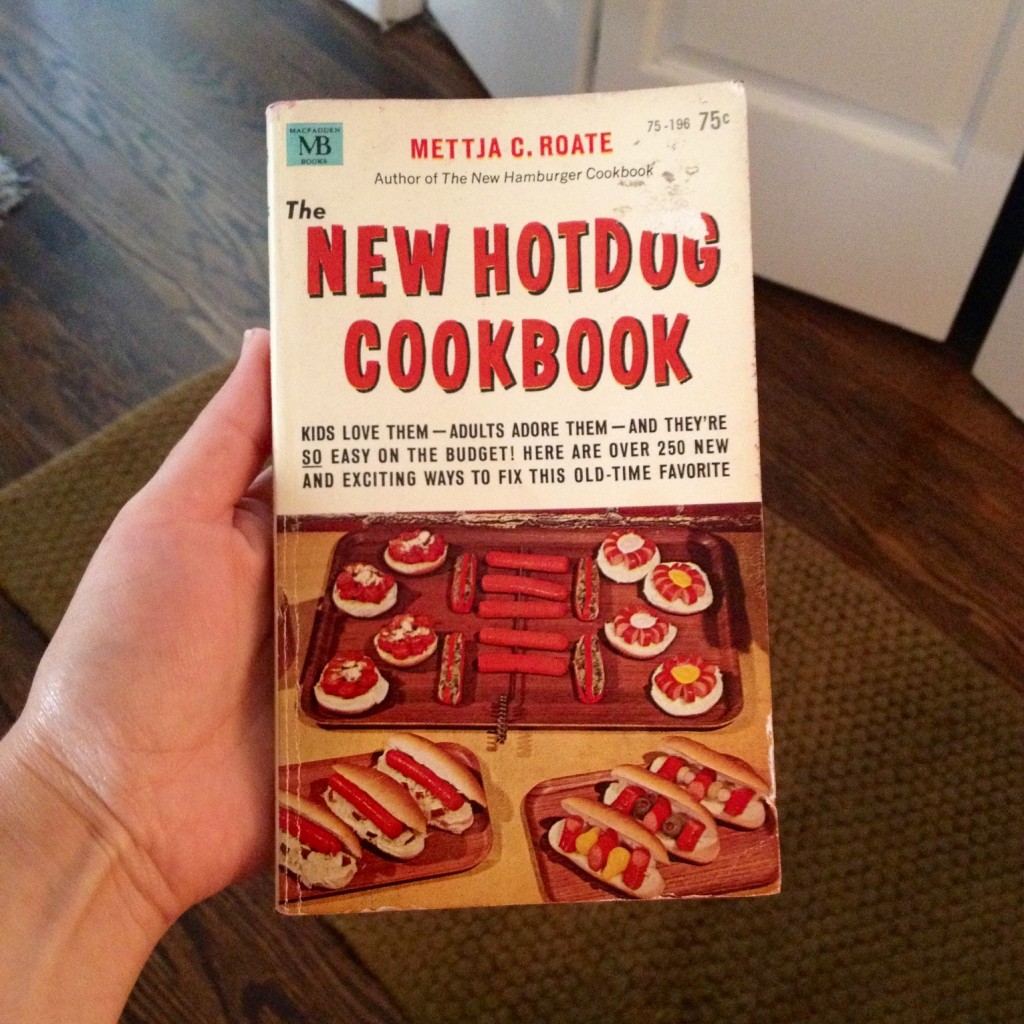 <cue sounds of disgust or comments like “hmm, that doesn’t sound half bad”>

Here’s the moment of truth: but how did they taste? It was a mixed verdict. 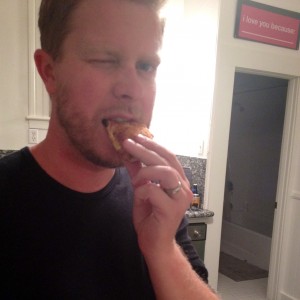 I thought, “Huh, these are strange and kinda odd. Better try one more to really figure it out”

So there you have it. 1968’s Hot Dog Corn Fritters created under 2012’s terms. I think we’ll be seeing more from The New Hotdog Cookbook around here.

The boxes didn’t stop but yes, the blogging did. Without any further hulabaloo, it’s time to re-boot. From the top… (ah one, two, ah one two three four!)

Compared to the past few weeks, this is an inspiring assortment of fall’s best colors, flavors and textures. Ok, so saying the “past few weeks” is a bit of a stretch — we forgot  to pick-up the box two weeks ago. Curses! In the fine tradition of community supported agriculture, this stuff happens. Not to cry over lost leeks, on to celebrate what we do have.

What does this bunch of goods inspire? A lot of raw eating, that’s for certain. Slice up the persimmons and pomegranate for a snack, wash the leafy greens for salads (gack) or a quick sauté (because salads are for the weak). Most of the veggies would be a good compliment to the sort of hedonistic meat dishes mandated by Fall weather.  There are also some risotto superstar ingredients (squash, oh hell yes, and maybe something I hadn’t thought of before?).  Do you have any not-to-be-missed preparations? Please do tell!

And now, the healthiest eye candy you wish you could eat through a computer: